When companies select asset managers to invest their employees' pension money, one might think their first priority would be to find the manager who could make the money multiply as fast as possible.


However, the choice is not as straightforward as it sounds, according to market researcher Harald Biong at BI Norwegian Business School.


"Such a priority might seem attractive, as it will be the employees and not the company who carry the risk when pension money is invested," says Biong.


"The risk is that the employees will retire with a lower pension."


So how do Norwegian companies choose when investing their employees' pension money? Do they go for the highest possible earnings? Or do they prefer investments that are ethically and socially responsible, without too much concern that they might bring in less?


Corporate social responsibility trumps earnings
Harald Biong has, together with professor Ragnhild Silkoset at BI Norwegian Business School, conducted a study among 276 Norwegian small and medium-sized companies to find out what is most important when they choose asset managers for their employees' pension money.


Each company was allowed to choose between 16 fictitious suppliers of pension management services. The various suppliers differed on provision of socially responsible investments, the supplier's credibility, expected return on investments and the annual cost of managing the pension money.


According to the study, the most important criterion in choosing an asset manager for the employees' pension money, is that the asset manager can provide socially responsible investments. Next came the credibility of the supplier.


Are they buying a better reputation?
Many employees find pension difficult and baffling, and they are happy to let the company look after the matter. This study raises some important questions, though, according to Biong.


"This study makes one ask whether companies are using their staff's pension money to buy corporate social responsibility and a better reputation for themselves. Is this in line with the employees' own wishes?" he asks.


Companies that have prepared clear ethical guidelines, emphasise socially responsible investments even more, and the expected return even less, than companies without such guidelines.


Socially responsible investments might of course also be the most successful in making money grow, but so far, there are no clear results on that score.
The study shows that decision-makers who claim to have financial expertise, place more emphasis on expected return and less on whether the investments are socially responsible.


Involve the employees
The study also shows that companies generally choose the same risk profile, moderate risk, for all their staff, even though some younger employees might have wanted a higher risk profile, while older ones might prefer a lower risk profile.


Harald Biong believes companies should do more to inform their staff about investment choices and their consequences.


"Staff should get more involved and have the opportunity to be more active in managing the investment of their own service pension," says Biong. "Then they can be part of the decision of whether to emphasise corporate social responsibility or the highest possible disbursements when they retire." 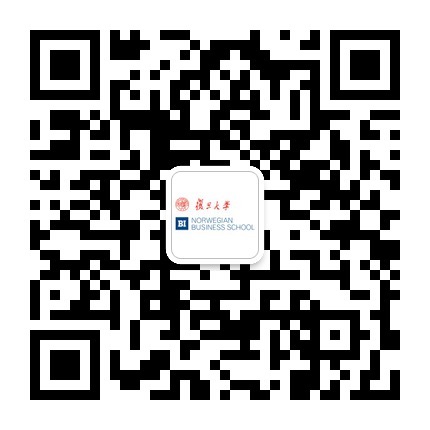